The Catholic sex scandal has occupied the minds and writings of the media – Catholic and non-Catholic media. What is most shocking is that none of the Catholic magazines or newspapers have written about priests who are falsely accused and who remain in prison.  There is one such priest in prison:  Father Gordon MacRae who has been in prison for 20 years. 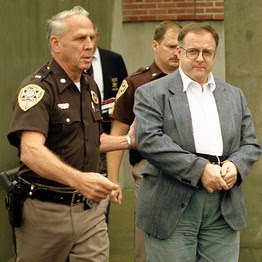 Father MacRae is serving a life sentence for crimes that never happened.  He refused to say he was guilty when he was not. The jury never heard during the trial that Father MacRae rejected the State’s plea offer of a sentence of one to three years.  He rejected the offer twice before trial and again following the testimony given by the accuser, Thomas Grover.  New evidence uncovered by a retired FBI investigator and others has enabled Father MacRae’s attorneys to present appeals to the courts, but no media outlet has acknowledged this.  America magazine recently published an editorial (Disorder in the Court” March 17,2014) in which it stated:
“There are few experiences more devastating than being accused of a crime of which one is not guilty. A society like to think of its judicial system as fair and just, yet evidence has been mounting in recent years that innocent men and woman are tried, sent to prison and even executed for crimes they did not commit.”
Even with the new evidence now surfacing about Father Gordon J. MacRae, the Catholic media is still afraid to touch the story.  What are they afraid of?

The elephant in the room is the Dallas Charter which in effect opened the Church’s coffers to any and every claimant and attorney who approached with an accusation against a priest, dead or alive, incidents that supposedly happened 20, 30, 40 and even 50 years ago.  The dioceses asked no questions and simply handed out the money, and the greedy attorneys became instant millionaires and claimants suddenly appeared from nowhere.
Father MacRae thought justice would prevail.  His diocese had promised to help with his legal expenses. He had no idea that his diocese would pronounce him guilty in a press release before his trial.   This priest was accused and tried in 1994. There was no evidence, simply the word of a hulking, 26 year old man, Thomas Grover, who claimed that Father MacRae raped him week after week for five weeks when he was 16 years old. When asked why he continued to go to Father MacRae for counseling, he replied that he repressed the memory of it all while having a weekly “out of body experience.”

The trial judge Arthur Brennan apparently had determined Father MacRae’s guilt in advance of hearing the evidence, of which there was none. He allowed the accuser to ignore questions when he began crying on cue from Pauline Goupil, a  psychotherapist hired by Grover’s contingency attorney.  Several in the courtroom noticed that when Grover took the stand, Goupil, sitting at the back of the room, motioned when he was to “cry.” Grover even had the audacity to tearfully ask Judge Brennan to order Father MacRae’s lawyer, Ron Koch, to move from the defense table because he did not want to “have to look at” Father MacRae. Judge Brennan, apparently ignorant of the Constitutional right of defendants to face their accusers, ordered the defense attorney to move to the farthest point in the courtroom to cross-examine Grover. Later it was learned that the defense lawyer was blocking Grover’s view of Ms. Goupil and her cues to him. The two of them along with Judge Brennan made a mockery of justice. 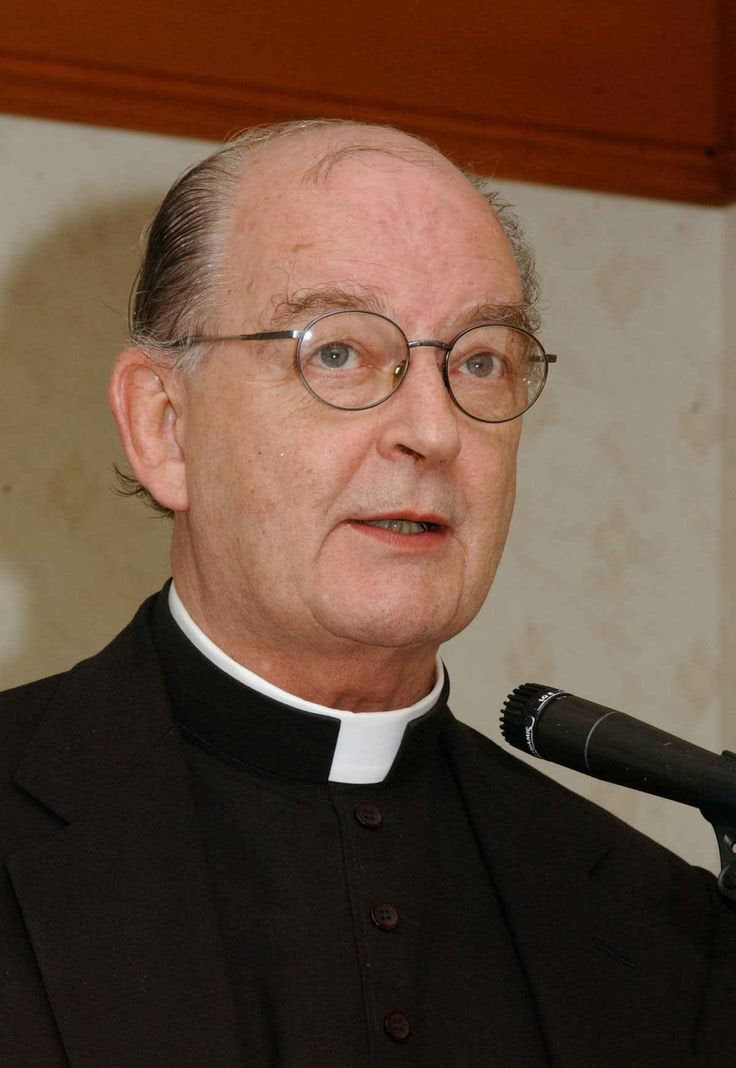 Ryan A. MacDonald is a writer who has done much research into Father MacRae’s case, and has written numerous articles about the case and the lack of help from the Diocese of Manchester, especially from Bishop John McCormack and Monsignor Edward Arsenault. MacDonald is amazed at the lack of coverage of Father MacRae’s case by the Catholic press. He points out that the Catholic press keeps covering the story of the scandal, but never mentions falsely accused priests struggling for justice in the courts and in the Church.  He says:
“I was hoping that the two-part post on These Stone Walls: “The Trial of Father MacRae: A Conspiracy of Fraud”and “The Prison of Father MacRae:  AConspiracy of Silence"  would prompt some viral spreading across the Catholic Internet. I want people to just be aware that this case exists.  I have sent links to many in the Catholic press with no response whatsoever.”

Some enterprising Jewish attorneys have taken on Father MacRae’s case. Where are the Catholic attorneys?  Appeals to two other New Hampshire courts were dismissed out of hand. Now the appeal is before the United States District Court for the District of New Hampshire. Justice at every level seems to be slow and tedious.

The Catholic Church is an easy target for greedy lawyers and false claimants who have scored millions of dollars by simply accusing a priest – dead or alive.  Most of the claimants accused priests who died 30, 40 or even 50 years ago.  No proof was asked and none offered. Fraud is alive and well by those lawyers and claimants who commit it daily against priests. This aspect of the scandal is seriously neglected in the media.

Our Catholic bishops are discarding priests left and right, both the guilty and the innocent alike.  There is no longer any distinction between accusation and guilt.  When one understands the role of the contingent fee bar in sexual abuse litigation, it becomes a virtual certainty that some priests have been falsely accused for money.  The case of Father Gordon MacRae is profiled in his remarkable website: www.TheseStoneWalls.com. This site was a finalist in the About.com Readers' Choice Award for "Best Catholic Blog" in 2013.

To paraphrase the Gospel parable, this priest was beaten by robbers (accuser, bishop and jury) and left on the side of the road in our Church. For some Catholics, a growing number, no amount of shame, scorn, or ridicule can justify passing him by on that road. Amazingly, Father MacRae bears no malice toward anyone involved in sending him to prison. He forgave them long ago he says. He has brought Christ to many inmates in the New Hampshire State Prison and he will continue to do what the Lord asks of him – to minister to those most in need of God’s mercy.  He says that as a priest, he can do no less.

Recently one of Father MacRae’s readers posted a comment on the post, “the Trial of Father MacRae: A Conspiracy of Silence”:
“I heard something very disturbing about this case today. It was sent to me by a well known New Hampshire defense lawyer who is not directly involved in this.  This is a direct quote:  ‘New Hampshire has never had a case overturned on the basis of actual innocence, and doesn’t want to, and NH prosecutors and judges are doing everything possible to prevent it.’ In the light of the NH court’s refusal to hold a hearing on this case, and the NH Supreme Court’s refusal to even read it, I found this attorney’s remark to be shocking.”

This is both shocking and scary.  It is almost unthinkable that judges and prosecutors “are doing everything possible to prevent” having a case overturned on the basis of actual innocence.  What kind of people are these who are so committed to sending people to prison even if they are innocent. Surely there must be some in the New Hampshire court system who would welcome the release of a man based on his actual innocence.  One NH judge and prosecutors have already let this innocent priest rot in prison for 20 years despite the fact that his accuser was a known liar, who bragged after the trial as he showed off his ill-gotten money from the Diocese of Manchester. What kind of prosecuting attorneys and/or judges would want to prevent overturning a case on the basis of actual innocence?

This is the priest against whom Monsignor Edward Arsenault and his prosecutorial friends have worked so arduously, and in secret, to undo and discard. Monsignor Arsenault recently was charged with fraud and is now in the same prison as Father MacRae.  In addition to the theft of money, he is also accused of having “an inappropriate relationship with an adult.” How the mighty have fallen.

Whatever the results of Father MacRae’s Appeal, he remains armed with the truth and his faith.  He refused plea bargains to face the cruelest of tyrannies, wrongful imprisonment. Let us pray that soon Father MacRae will be outside of Those Stone Walls that he writes about so superbly.  His virtual parishioners and those who love justice look forward to seeing him celebrate the Mass outside those stone walls, instead of in his cell where he celebrates Mass on Sunday nights.