Blessed are they who can laugh at themselves, for they shall never cease to be amused.
-Anon

What I am recounting here is definitely the most embarrassing evening of my life. When I lived in Tanzania, one of my good friends was one of two female Tanzanian legislators. There was none other like Mboni who was a delight and completely non-traditional. One evening when she and I were out to dinner, we ran into an Indian friend of hers. Mboni introduced me as an official with the U.S. Embassy and after chatting for a few minutes the woman invited us to drop by her home the next Thursday evening.

When I came in from work that Thursday, I had forgotten about dropping by her friend’s house, and I proceeded to sit down and roll up my hair. That is such a tedious process that I did it as soon as I got home if I was not going out that evening. In the U.S. I rolled my hair while watching television, but since Dar es Salaam had no television, I rolled my hair as soon as I got home, or else I spent the evening dreading the time that I had to do it.

I had just finished rolling my hair when Mboni called to remind me that we were supposed to drop by her friend’s that evening. I protested that my hair was in rollers and there was no way I was going to take those rollers out and have to re-roll later. Mboni told me to throw a scarf over my rollers. She insisted that Indians didn’t know anything about Black people, and would assume it was some Black hair style. She usually wore a scarf over her short hair, so we would both simply be wearing scarves. I did not point out that my scarf would have rollers under it, rollers that would be very obvious. I think we both thought it would just be us and the Indian woman. Mboni pointed out that it was a very informal invitation and I didn’t have to arrive looking like Mrs. Astor’s pet horse, as my Aunt Bess used to say frequently when gossiping about somebody.

Nobody ever described Mrs. Astor’s pet horse to me, but I knew exactly what it would look like. I knew that Mrs. Astor had to be wealthy to have a pet horse. I pictured the horse as being decorated in ribbons and bells, with her tail braided and her mane done up in a lot of bows. So, when Aunt Bess returned from church and said so-and-so was dressed like Mrs. Astor’s pet horse, I knew that so-and-so looked like dammit to hell!

I will never know why I let Mboni convince me to appear at her friend’s home with my hair in rollers covered with a scarf. The rollers were very evident underneath the scarf. But off I went hoping that they would indeed think it was some new Black style. We arrived in the neighborhood and found a lot of cars parked everywhere We finally found a parking space and walked back to the house where we discovered a party in progress. I nearly fainted, but Mboni insisted that we pretend we were the height of fashion and brazen it out.

There were about 50 or 60 guests at the party and we were introduced to each and every one of them. I, of course, was introduced as the “American Cultural Attaché with the U.S. Embassy.” Everybody was suitably impressed. I must have had the reddest Black face those people had ever seen. The Indian women were ultra-chic in their exquisite silk saris and Black hair sleeked back into perfect buns. Mboni and I looked anything but elegant. In fact, Mboni and I looked rather like the wrath of God, but since we were the only Blacks there, and probably the only ones known to our hostess or her guests, we had no one to be compared with.

Fortunately, there was no one there from the American embassy. I wonder what the U.S. ambassador would have said had he seen me at this ultra-chic Indian party looking the way I looked. For a second, I even wished that I had dressed to resemble Mrs. Astor’s pet horse.

As Mboni later pointed out, it was doubtful if any of the Indians had ever attended a social affair with Blacks. For all they knew, she said, all Black women wore scarves with lumps under them when attending social events. Nobody batted an eyelash and we had a great time.

On the way home, I was still embarrassed and protested that we should have turned around and gone back to our homes. Mboni said, “Indians don’t know anything about Black people. They probably thought we looked the height of fashion.”

I said, “Right! Especially with those lumps under a scarf that could be nothing except rollers in plain sight barely hiding underneath a scarf.”

She said, “Listen, nothing we do surprises them. Indians think Blacks are crazy anyway.”

I replied, “We certainly confirmed that tonight!”

Charlene Cecilia Duline has published, “Drinking from the Saucer: A Memoir,” about being a Peace Corps volunteer in Peru, a UN secretary in East Pakistan, and a Foreign Service Officer with the U.S. Information Agency. 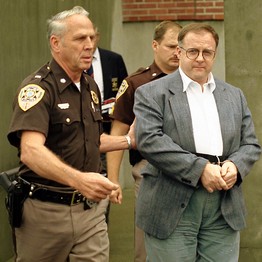